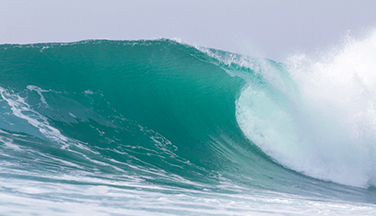 In 2005 Linus Torvalds, the creator of Linux, began working on a version control system that would soon revolutionize the way developers collaborated. Realizing that proprietary source control management systems were not sufficient to achieve what Torvalds needed, he decided to design his own that would meet his needs.

Torvalds also implemented a design criteria to look at Concurrent Version System, a client-server revision control system, as an example of what not to do, and when in doubt, make the exact opposite decision (as explained in a 2007 Google Tech Talk).

This project became known as Git, and eventually became the most widely used source code management tool. In my opinion, Linus Torvalds is a true champion of humankind, his impact on the “information age” has been tremendous, giving us both Linux and Git. It is also hard to overstate his impact on the world of open-source software which has played a major role in accelerating the technological advancements over the last several decades.

Embrace Open Source and a Choice of Software at the Edge

When we set out to build Section, I took inspiration from the design criteria Torvalds laid out while developing Git. Following Torvalds’ philosophy when he built Git, we looked at legacy Content Delivery Networks as an example of what not to do as we built Section. Doing the opposite of legacy CDNs became a sort of internal manifesto, and led to the following decisions.

Legacy CDNs will not survive in a world created by Linus Torvalds. We built Section from the same values that led to the creation of Linux and Git. Transparency, collaboration, and community.

Ready to Jump In?

Our team of engineers is ready to talk through edge compute solutions to fit your application's needs.

Talk to a Developer

CDNs Will Not Remain Relevant in a Software World