Puzzling Stack Exchange is a question and answer site for those who create, solve, and study puzzles. It only takes a minute to sign up.

You have my sword – A signed letter from Gladys 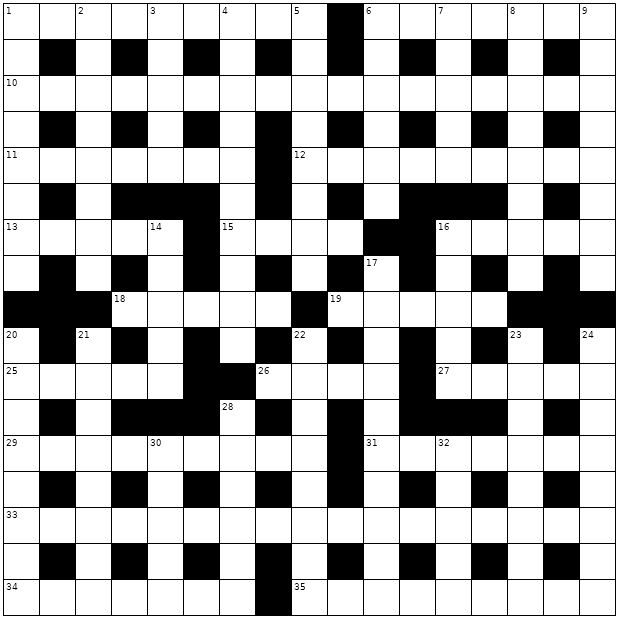 Letters from Gladys are geography-themed standalone crosswords. Each puzzle has five thematic answers, which are places, sights or landmarks in or around a certain location (in this case, an autonomous community). Each thematic answer is notable enough to have its own article in the English Wikipedia, although not necessarily under the same name that is used here. The goal is to fill the grid, identify the thematic answers and guess the name of Gladys’s destination, which is not indicated in the grid.

This time I am in a place with a long history – a medieval kingdom that has certainly seen its fair share of sword fights. I have visited historic fortifications and toured some lovely small towns located in stunning mountainous landscapes. Can you guess where I am?

Wish you were here!
Love, Gladys.

Across
1. Music from Memphis, maybe about Reno greaser's attire? (4,5)
6. Creature supposedly seen several times by university library centre scratched collection of books describing accounting firms (3,4)
10. Source of photos with Southern English writer Anthony getting red face after dad awkwardly gives speech (10,7)
11. Celebration for y'all close to Marrowsky (3,4)
12. Town that was founded sometime in the eighth century (actual day uncertain) (9)
13. Son of two Olympians given uniform for sports competition (5)
15. A key on modern keyboards producing Old English letter (4)
16/34. Mountain top men cross with two queens (5,7)
18. Prisoners in Memphis I zanily turned over – they had a very public trial (5)
19. He who led a fellow poet to Hell and back in Chicago, Illinois, ignored sign from above (5)
25. Leather material exudes hydrogen and CO2? (6)
26. Film character that wants to eat humans and East Asian food (4)
27. Rock star Steven's bank deposit finally returned (5)
29. A bull involved in fairy tales and songs (9)
31. Meal delivery company makes mistakes (4-3)
33. Winners get none of these coins – zero – in postal order (11,6)
34. (See 16 across)
35. Fear a jail, criminal! It has strong stone walls! (9)

Down
1. Freshman student of Hogwarts named Weasley almost entirely in the grips of Delirium Tremens? (8)
2. Swimming tuna's taking off like chicken with its head cut off? That's inappropriate (8)
3. Great happiness linked to debut of Ciarán Bourke – ultimately, he put Dubliners together (5)
4. Town's local bar racing kept under wraps (10)
5. New York City Marathon, say? You and I must take part. Exhausted, Sammy comes first (8)
6. Survey ship's grand opening in the middle of street in Memphis (6)
7. He has two waiters try and cut slice of tenderloin (5)
8. Stored in oxygen gas, bodily extremities expand (at first gradually) (3,2,3)
9. Remaining substances are settled around the middle of colourful glass's bottom (8)
14. Bring a suit to dress a masked film character that's charming (5)
16. Fighter with hot temper's first to show strength (5)
17. Singer Cage: "I am in first-class jazzmen's lead" (5,5)
20. Policemen's leader supports pledge to get first in London copper competition (5,3)
21. In front of queue, some gas is seen above rear of Chrysler Concorde? (8)
22. I must leave – blow a kiss... Wait! That's a sign used by 18 across! (8)
23. Village's interfered with equal rights of jazz harmonica player (8)
24. Pervert? She is one after naked Kirk Douglas touches this (5,3)
28. Piece of fruit nobleman peeled as he got married in Andalusia (6)
30. Muscular American caught Greek noblewoman dressing (5)
32. Lights pointed towards the sky – a feature of Memphis? (5)

knowledge geography cryptic-crosswords
Share
Improve this question
asked May 22 at 16:05

the Aragon region of Spain (yes, of 'Catherine of Aragon' fame). There she visits Monte Perdido, Aljafería, Alquézar, Calatayud and Albarracín. 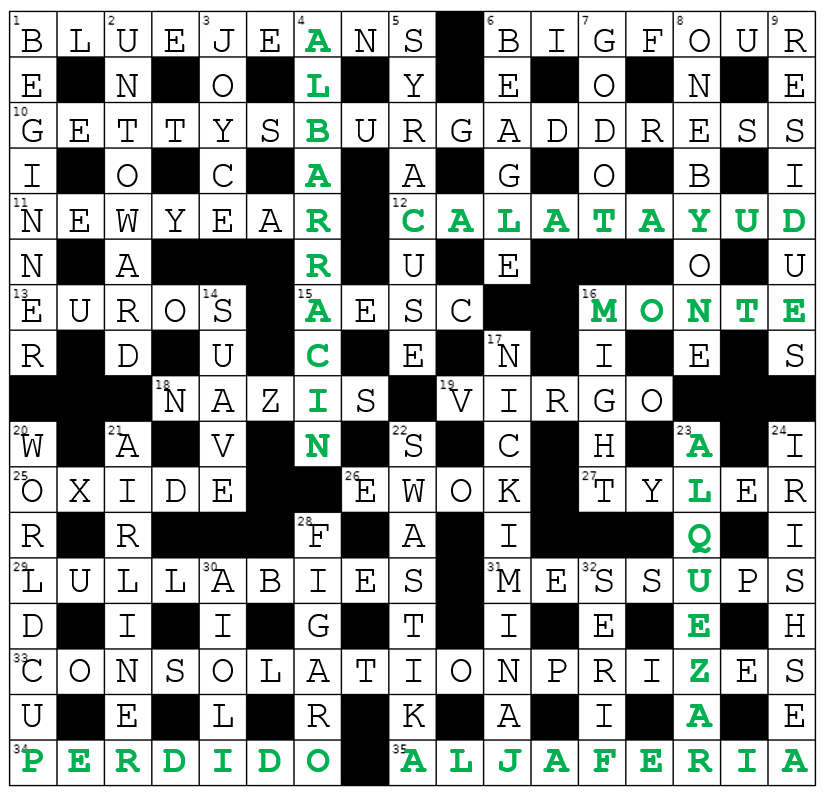 As for the title:

'Aragon' sounds a lot like 'Aragorn' from LotR, someone who in film made this pronouncement...

Not the answer you're looking for? Browse other questions tagged knowledge geography cryptic-crosswords or ask your own question.