Universal Control: Use a single keyboard and mouse between Mac and iPad

Use the keyboard, mouse, or trackpad of your Mac to control up to two other nearby Mac or iPad devices, and work seamlessly between them. 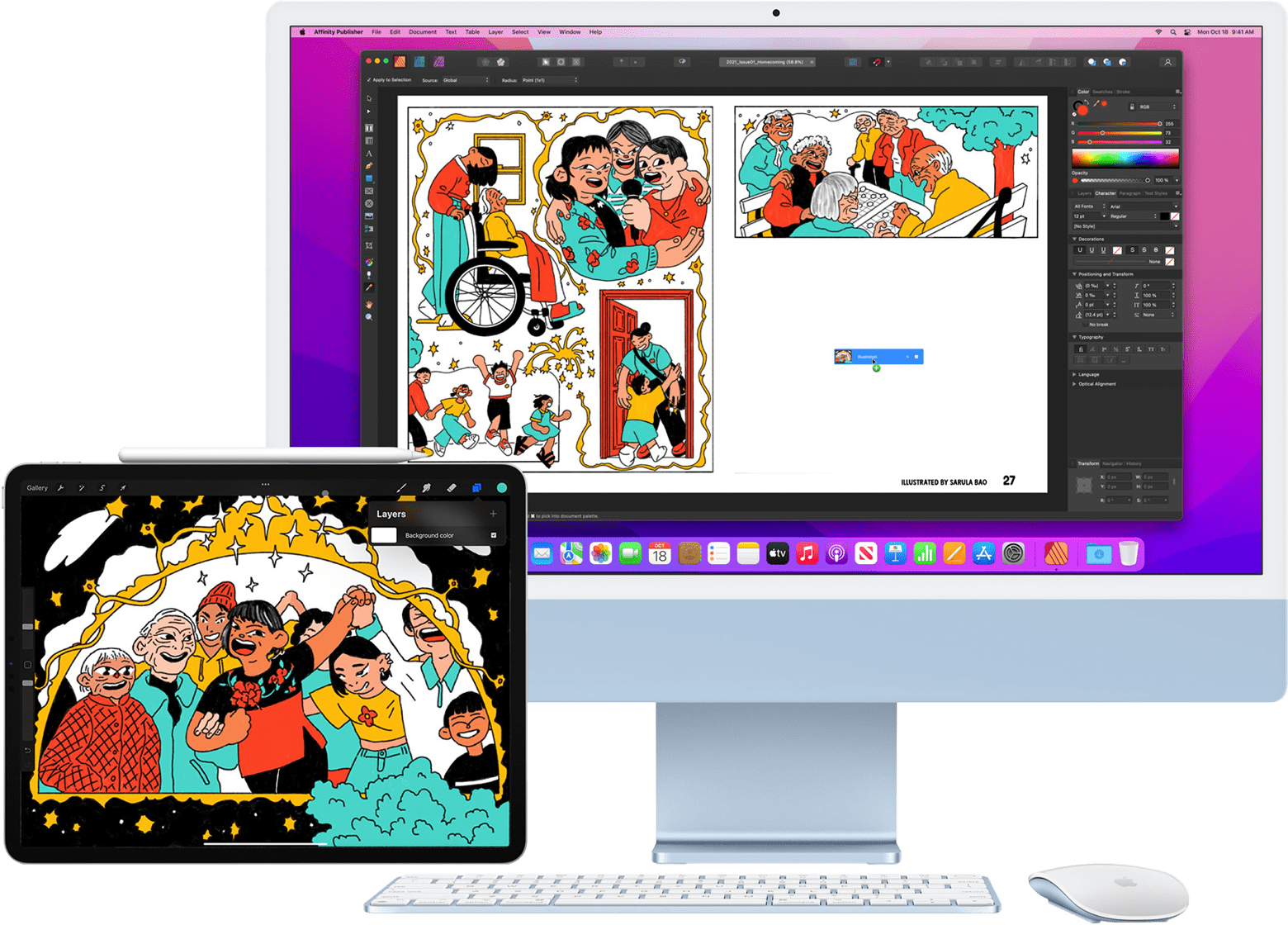 When using Universal Control, each device shows its own screen and apps, but you can use a single keyboard, mouse, or trackpad to move the pointer, type, and even copy content between them.

If you want your iPad to extend or mirror the desktop of your Mac, use Sidecar instead. 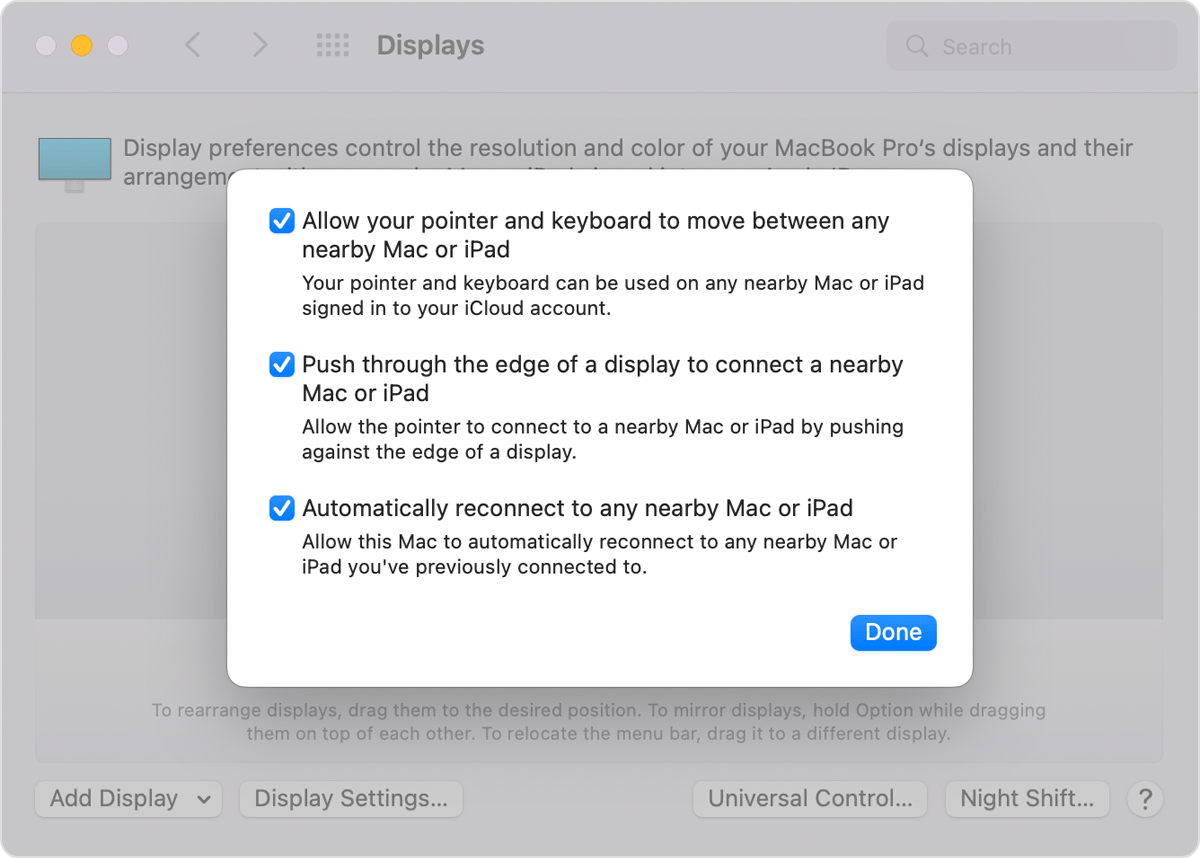 After turning on Universal Control, you can connect (link) each device:

If you can't connect a device in this way, follow the steps in the next section.

Arrange your displays to adjust where your devices think they are positioned relative to the others. You can then move the pointer more precisely in the direction of each display.

If you don't see a device's display

Use your keyboard, mouse, or trackpad between devices

When your devices are connected with Universal Control, you can use the keyboard, mouse, or trackpad of any connected device to work seamlessly between all devices.

When moved to an iPad, the pointer becomes a dot representing the tip of your finger. Use your mouse or trackpad to click or click and hold, just as you would use your finger to touch or touch and hold.

You can also use most trackpad gestures for iPad. Or take actions such as these:

To switch to using the onscreen keyboard on your iPad, tap or click the keyboard icon

on the iPad screen. You can resume typing on the physical keyboard at any time.

Drag and drop between devices

Universal Control supports using your mouse or trackpad to drag and drop between devices. Examples:

next to the item you're dragging means you can't drop the item at the current location. Instead of dragging, you might be able to use the keyboard to copy (Command-C) the item on one device, then paste (Command-V) it on the other device.

To disconnect a specific device from your Mac:

To disconnect all devices, press Control-Option-Command-Delete on your keyboard.

Universal Control works with the following devices and operating systems. It requires one Mac and up to two other of these Mac or iPad devices.

Thanks for your feedback.