Electrical Engineering Stack Exchange is a question and answer site for electronics and electrical engineering professionals, students, and enthusiasts. It only takes a minute to sign up.

Why are many radar antenna arrays not rectangular but rather octagonal÷icosagonal?

I've seen that, despite some phased array antennas are rectangular, many of them are not. They are octagonal, decagonal and even more. 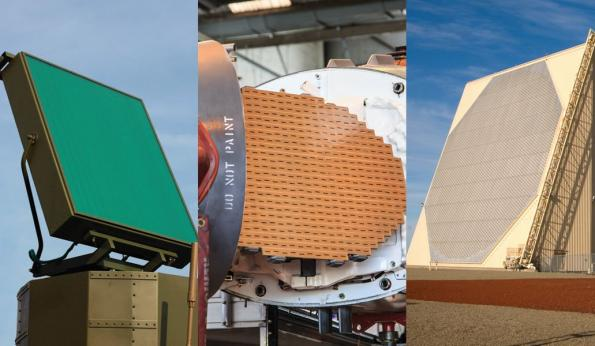 Why are they built in this way?

There are several reasons for those shapes.

First, the cut off/rounded corners make it easier to fit into the nose of an aircraft. This is true of the phased arrays, both active and passive, that are found on the B-1B, F-16 (newer versions), F-22, F-35, etc.

Most square or rectangular arrays are found in ground or ship born applications, where packaging constraints aren't quite as severe. Typical of such an array is the Ground/Air Task Oriented Radar (G/ATOR) for the United States Marine Corps. Picture below is from Defence Blog: 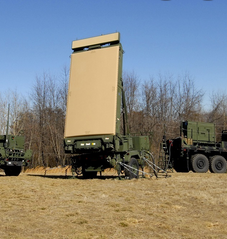 Second, if the array is an AESA (Active Electronically Steered Array), there's a whole bunch of expensive electronics (LNAs, filters, phase shifters, attenuators) behind each antenna element. For cost reasons, you like to keep the number of elements to the minimum needed to provide the aperture gain needed.

Most arrays use amplitude weighting in both the X and Y axis of the antenna in receive in order to control the sidelobe level. This amplitude weighting means that the end elements along both axis, and especially the elements in what would be the square corner of the array are heavily attenuated and so contribute little to the overall performance of the array. So in the case of a receive-only antenna those elements are removed in order to save cost.

For an antenna that's used to transmit (and receive), the name of the game is usually to put as much power out as possible. That is, to maximize the Effective Isotropic Radiated Power, or EIRP. In that application, edge or corner elements are usually left in place to take advantage of the transmit output power of those elements, even if they do not contribute much to receive operation. That is, assuming they're not removed in order to fit the array into the volume constraints.

Here's an array antenna that is similar to some that I have worked with in the past. It is shaped like a parallelogram, and the elements are located parallel to the tilted side.

An antenna shaped like this has certain characteristics related to sidelobes that make it attractive for some applications. Note that the individual radiating elements, denoted by the "X" in the diagram, are not located on a nice Cartesian grid. This makes the computation of the element's phase shifts a bit more difficult, but not overly so.

Not the answer you're looking for? Browse other questions tagged antenna radar antenna-array or ask your own question.

2
What is the difference between smart antennas and phased arrays?
0
Phased Antenna Array Directivity
2
Phased array radar basics
1
How are antenna arrays synchronized for direction finding/localisation?
1
Difference between a flared and not flared rectangular waveguide antenna
1
RFID reader technology
1
Why can the polarization of an antenna array be determined by the polarization of its individual elements?
2
Can you create a circularly polarized signal with dipoles that are perpendicular but not crossed?
3
Which is the cause of "scan losses" in a linear phased antenna array?