Game Development Stack Exchange is a question and answer site for professional and independent game developers. It only takes a minute to sign up.

How can I "zero out" velocity in an arbitrary direction?

I'm currently running into an issue with my character controller using physics-based movement of rigidbodies in Unity.

Here's an illustration of the issue I'm facing: 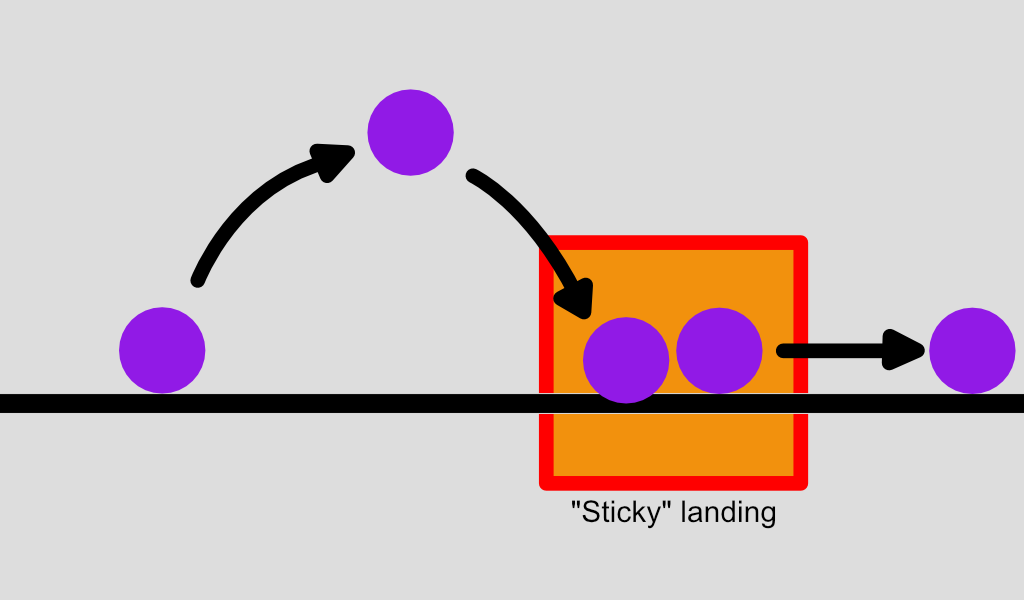 Basically, after a jump, my character sticks to the ground for a split second after landing from a jump. While I have no idea, I just assumed this had something to do with the way Physics were being implemented, given that a portion of the character's velocity is heading downward, it makes sense that there would be some "impact time". I drew a bit of depenetration in the diagram, but that's mostly some creative thinking by me, I don't actually know if that has anything to do with it.

My current solution is to do this during the "landing" frame:

This works nicely. However, I've now implemented custom gravity into the project, which allows for completely arbitrary gravity vectors (meaning I can't just set something to 0 and be done with it).

Is it possible to nullify all force in the "gravity" direction upon landing? It's also possible I've got a problem elsewhere if this reads like something that should be happening.

Here's a snippet that has the meat of my movement code:

This is pretty simple linear algebra. You can make a little helper method for it:

Not the answer you're looking for? Browse other questions tagged .

3
Physics system imploding under force
6
Why is this code producing jittery movement?
0
Frame-rate independant movement with acceleration
0
How to "reset" velocity.y when entering water?
1
Problems applying movement to a RigidBody in Unity
1
What are the dangers of setting rigidbody velocity directly for movement and what are the alternatives
0
Character Controller and Reverse Gravity