Technically you don't need anything other than a web browser to do WebGL development. Go to jsfiddle.net or jsbin.com or codepen.io and just start applying the lessons here.

Still, there are limits. WebGL has stronger restrictions than Canvas2D for loading images which means you can't easily access images from around the web for your WebGL work. On top of that it's just faster to work with everything local.

Let's assume you want to run and edit the samples on this site. The first thing you should do is download the site. You can download it here.

Unzip the files into some folder.

Next up you should install a small web server. I know "web server" sounds scary but the truth is web servers are actually extremely simple.

Here's a very simple one with an interface called Servez.

Just point it at the folder where you unzipped the files, click "Start", then go to in your browser http://localhost:8080/webgl/ and choose a sample.

If you prefer the command line, another way is to use node.js. Download it, install it, then open a command prompt / console / terminal window. If you're on Windows the installer will add a special "Node Command Prompt" so use that.

Then install servez by typing

If you're on OSX use

Once you've done that type

If you don't specify a path then servez will serve the current folder.

Most browser have extensive developer tools built in. 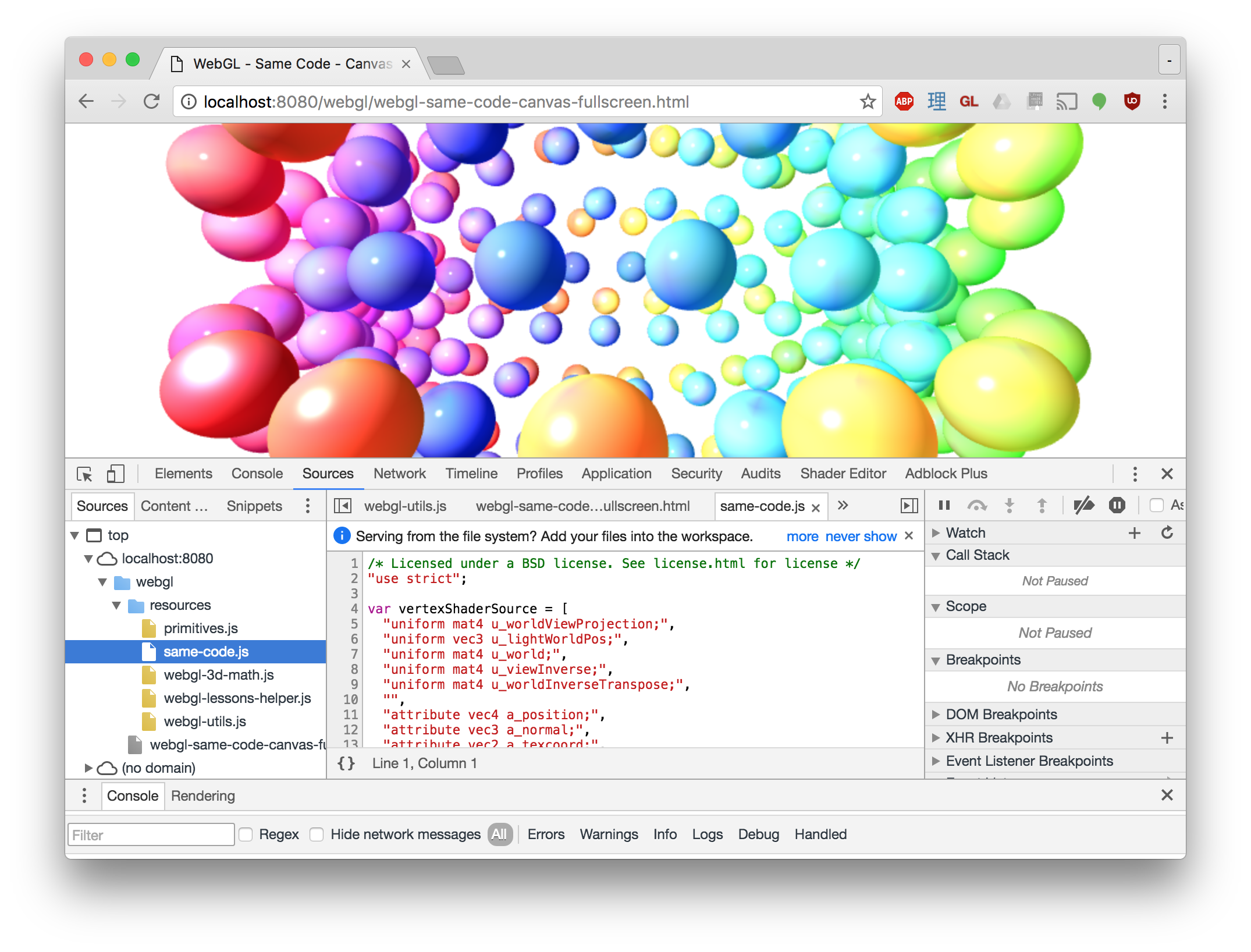 Learn how to use them. If nothing else always check the JavaScript console. If there is an issue it will often have an error message. Read the error message closely and you should get a clue where the issue is.

Here is a script to check for several webgl errors. Just add this to your page before your other scripts

and your program will throw an exception if it gets a WebGL error and if you're lucky print more info.

You can also add names to your webgl resources (buffer, textures, shaders, programs, ...) so that when you get an error message it will include the names of the resources relevant to the error.

There are various WebGL Inspectors. Here's one for Chrome and Firefox. 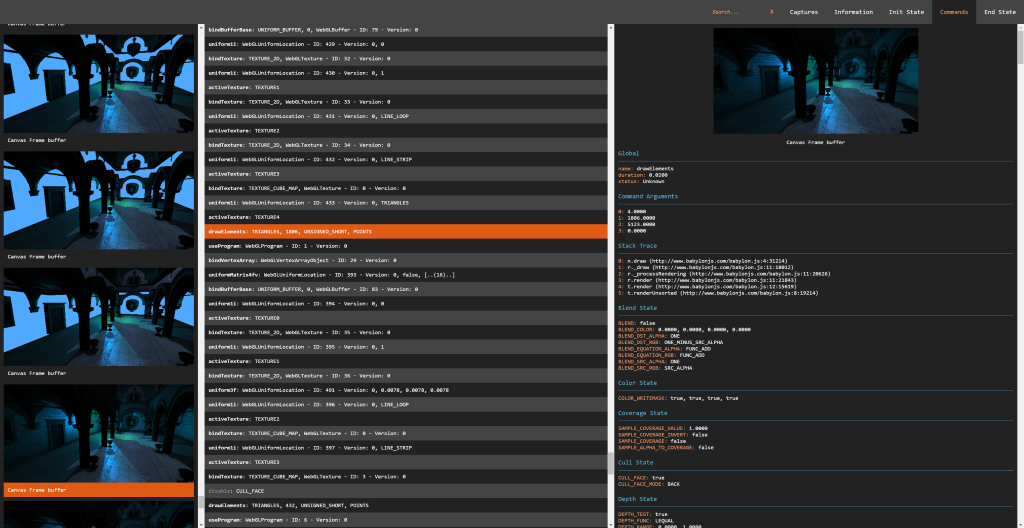 The extension version of spector.js captures frames. What this is means is it only works if your WebGL app successfully initializes itself and then renders in a requestAnimationFrame loop. You click the "record" button and it captures all the WebGL API calls for one "frame".

This means without some work it won't help you find issues during initialization.

To workaround that there are 2 methods.

Now you can click "record" in the spector.js extension, then click "start" in your page and spector will record your initialization.

Safari also has a similar built in feature that has similar issues with similar workarounds.

When I use a helper like this I'll often click on a draw call, and check the uniforms. If I see a bunch of NaN (NaN = Not a Number) then I can usually track down the code that set that uniform and find the bug.

Also always remember you can inspect the code. You can usually just pick view source

Hopefully that helps you get started. Now back to the lessons.